The title is obviously a strong exaggeration. What danger could possibly be lurking in the grass of a common garden in Belgium to put in peril the life of the one who innocently strolls around to admire the result of some hard toiling to keep that green carpet in a decent state?

But I am pretty sure that some of you would not like the meet in the couch, let alone in bed, some magnificient creatures that populate the space at our feet.

My wife spotted the spider below that was big enough to be noticed by accident, which gives an idea of its size.  I didn’t mesure it, but its body easily covered my fingertip.

I am deeply sorry that I deprived the creepy creature half an hour of its freedom to bring it gently to an improvized photo studio.

Knowing that it was to be given eternal life in digital space, it didn’t move one hair of its legs when I set the focus of my camera. A very willing model, and for free.

And, before you ask: I released it in unaltered state after the photo session, and rewared it with putting it gently between some herbs in a small plot just before the rear windows of our house.

Perhaps that this evening I will show it how many internet hits it has received. 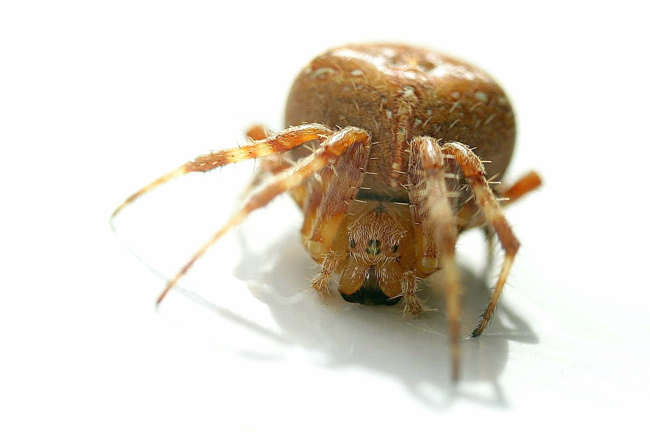 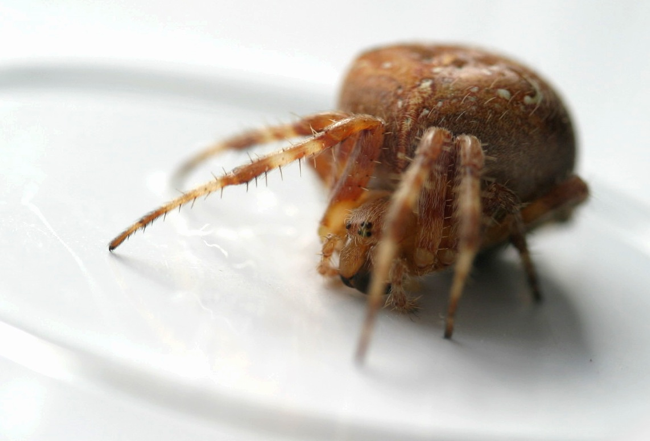