Work in progress; the building of an hotel for insects. August 6th.

Today's challenge is to build the first floor and to conceive the roof. The former is not that much of a problem: we use the open boxes we bought yesterday which are destined to cultivate herbs but that we flipped on their side to have separate rooms for the flying guests. A screwdriver and some screws that came with the boxes did the job. 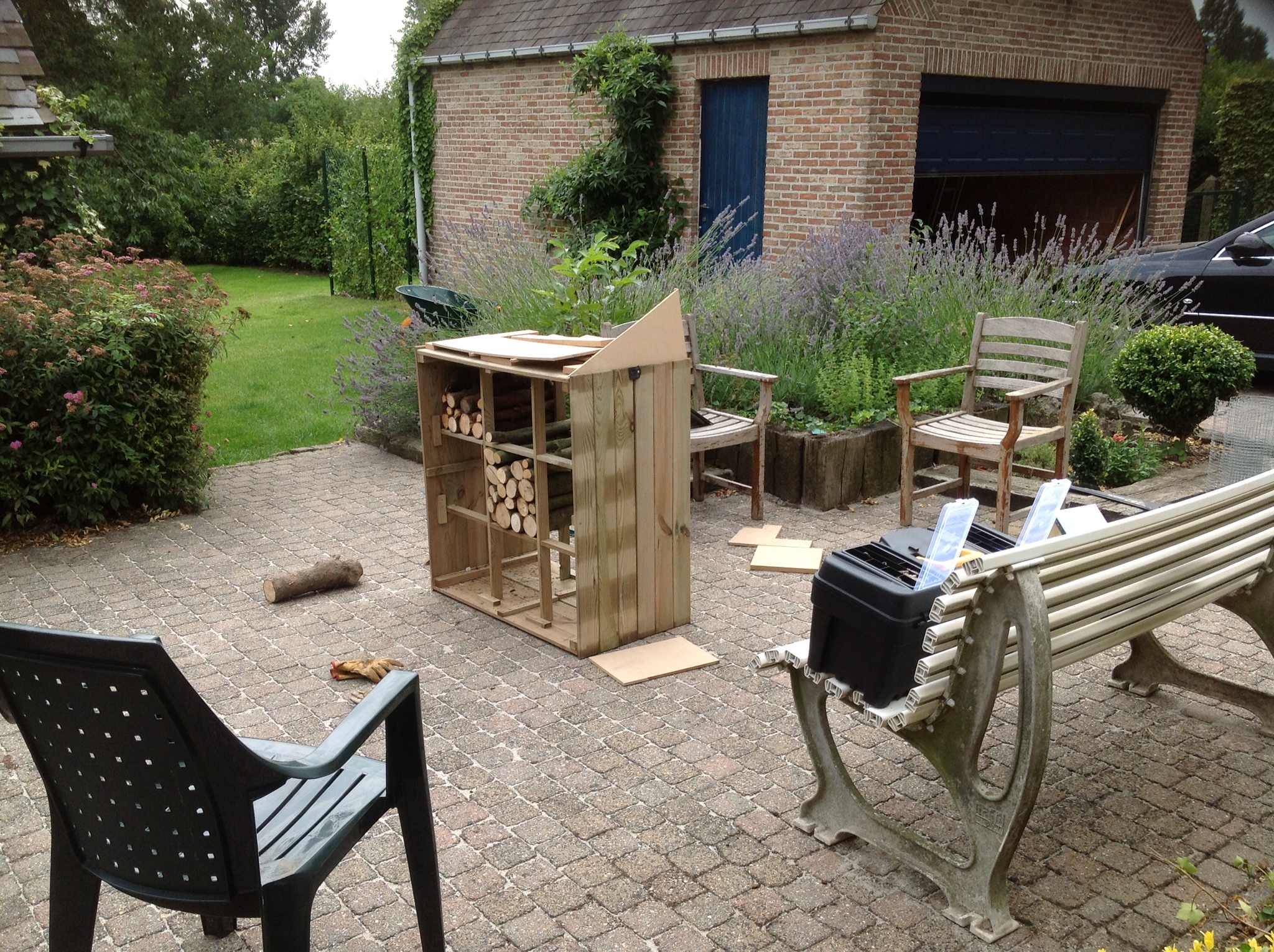 While Chris already collected a first part of the wood that will fill some rooms, I tried to figure out how to build the roof top. You guessed right: I have no experience whatsoever in the mysteries of roof construction. My brains were thus working over time today. Not so evident being on holiday, and toiling under a burning sun.

A firm condition to a succesful construction is of course that it should be water proof. So, some kind of slope should see to it that water runs off the roof. I could not avoid the task of sawing wood in the shape of a triangle. Gosh, it must have been 30 or more years that I helt a saw in my hands. Good for me that the wood was not too hard, and that the saw I acquired yesterday was damned sharp.

There was little doubt that we would use the shale tiles of which some piles are stored in our garden house, and which are left overs from the roof of our house. We have been told that they are authentic shales (or is the precise term, slates?) coming from a church roof, dating 2 centuries back. Now, who will dare to tell us that our hotel for insects will not be original!

After some puzzling on how to lay them together, we came up with the following result. 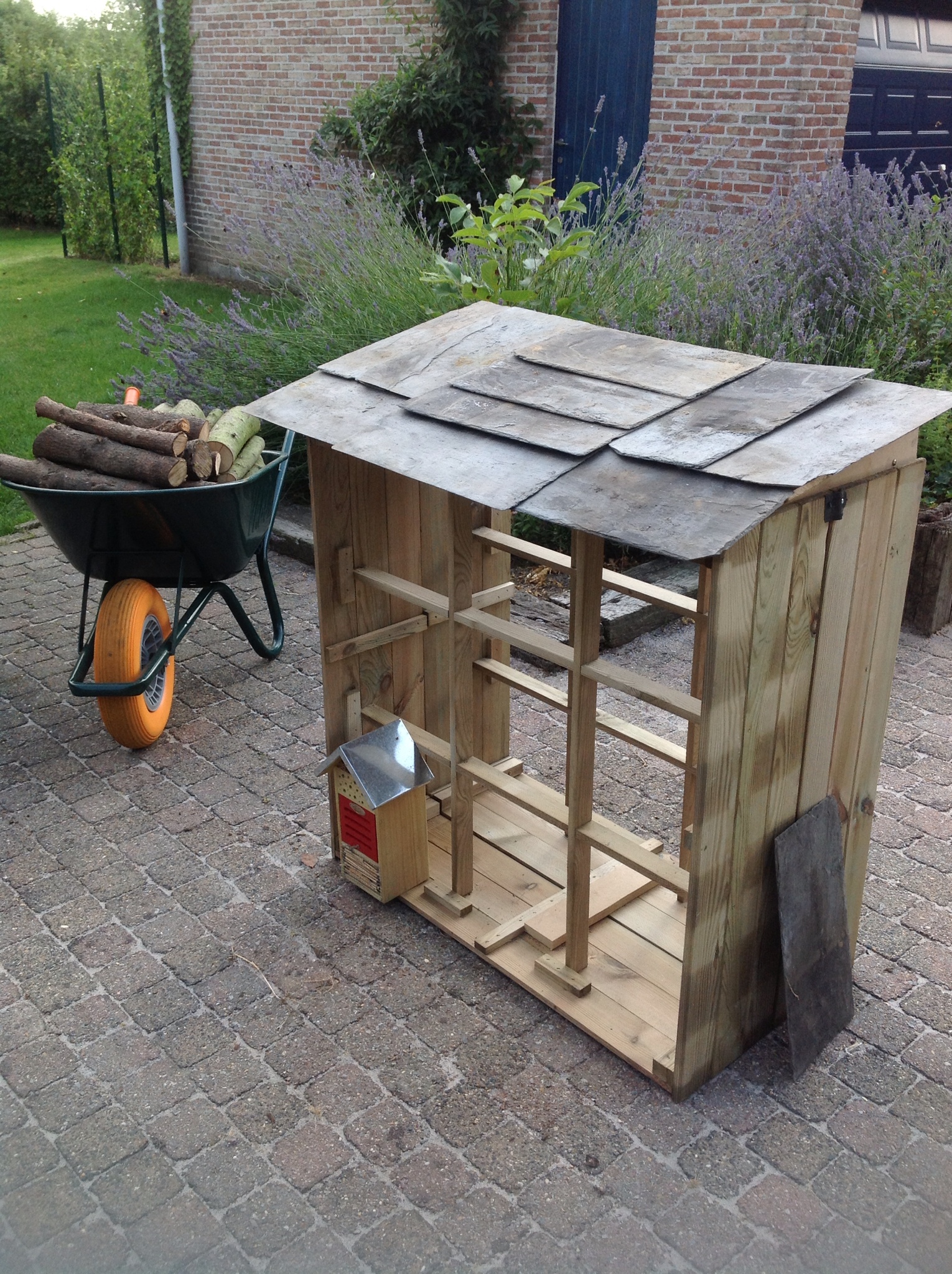 Tomorrow, we have to fetch some fine screws to fix the shales on the roof, and then we will transport the whole box over to the foundation we laid yesterday. To be continued….